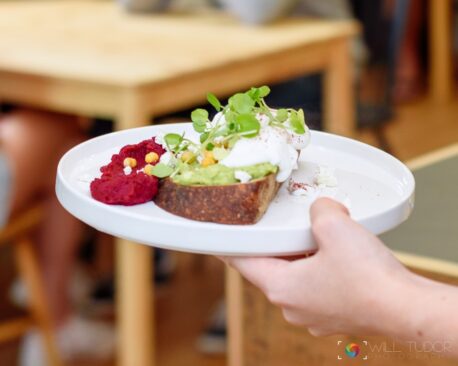 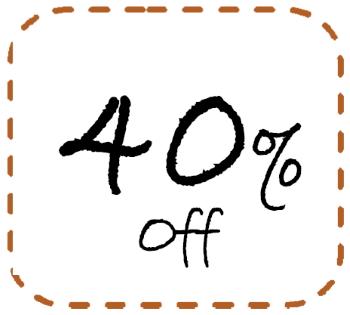 up to 40% off – New Ex-Display Stoves direct from Exeter & Buckfastleigh showrooms – while stock lasts! 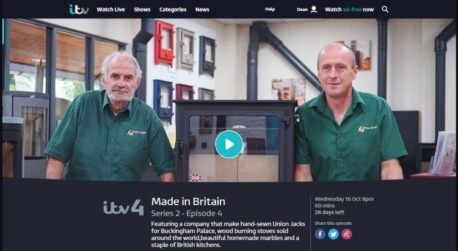 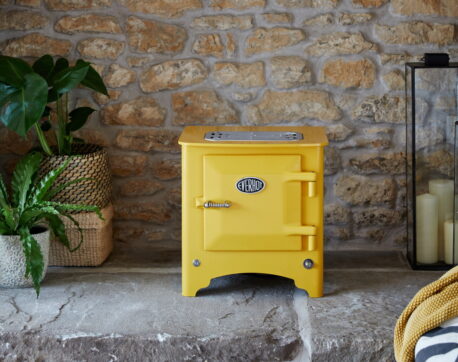 With the evolution of a classic British design this hand built Everhot electric cast iron room heater, with added cooking oven integrates heat storage into an 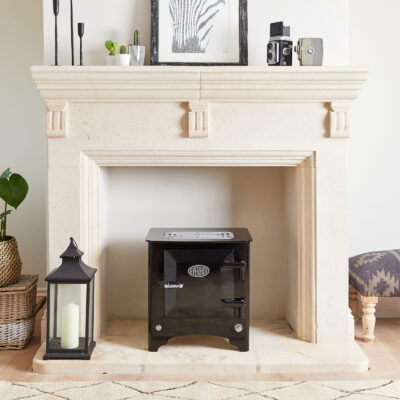 elegant, efficient stove.  The Everhot Electric Stove is easy to install and simply requires a standard 13amp socket, and no additional flue.

In a choice of attractive colours, this stove is a stunning focal point for living rooms, spare rooms, home offices, conservatories, summer houses, annexes or even a get-away-from-it-all shepherds hut or narrow boat. 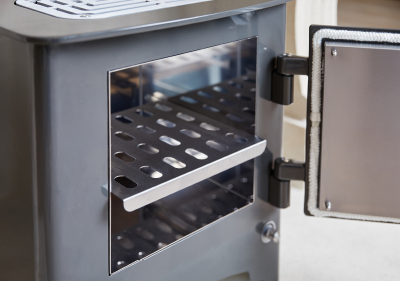 Heat Vent
The beautifully crafted top heat vent is the main heat source for the stove and it’s recommended that you do not cover this area.  Shortly after turning on the stove you’ll begin to feel heat coming directly through the vent, after around 30 minutes the main body of the stove will be up to temperature and radiate gentle warming heat into the room.

Renewable Integration
The Everhot is explicitly designed for longevity and reliability.  Along with its low peak load this has the additional benefit that it is ideal for use with home solar energy installations as a solar dump where excess energy would otherwise be exported. 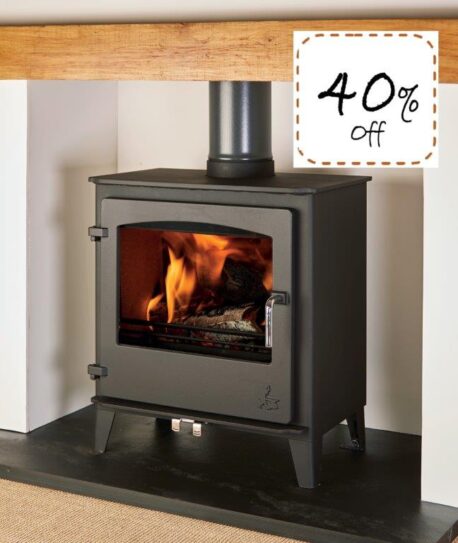 This new ex-display 6kw Hembury 6 multi-fuel stove has the same exceptionally efficient Airwash system and now with the larger glass window offers not only a clearer view of the fire but view of the whole fire.  With the clean lines the Hembury 6 will adorn any room, traditional or contemporary.

The Hembury range of stoves all come with a wood burning plate fitted. This plate enables hot embers to be retained, restricting the air entering the underside of the fire which improves the combustion when burning wood. When burning solid fuel or a mixture of wood and solid fuel together the plate can be easily removed.

Why should I choose multi-fuel over wood burning you may ask? The main advantage is one of choice, as a multi-fuel stove can burn a range of approved fuels, you will be able to choose from a variety of fuel suppliers. Apart from logs, a multi-fuel stove can burn smokeless fuels such as anthracite, peat or turf briquettes. This will help to reduce the cost of fuel but also the time you will need to transport and store it.  In addition, for overnight burns anthracite has a longer burn time than logs. 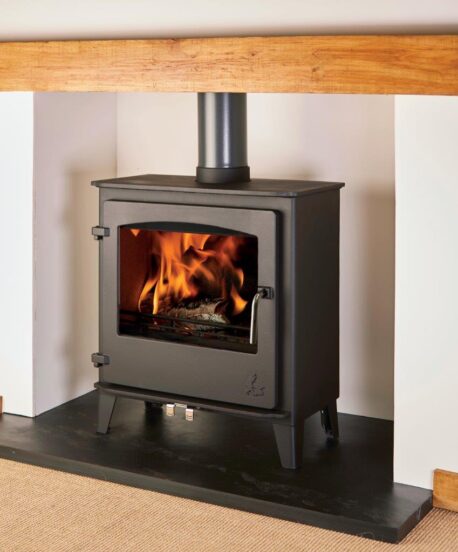 This Hembury Slimline 5 Se is based on the successful Clearburn range, it has the same exceptionally efficient air wash system, a 5kw output and wide glass window and a clear view of the whole fire.  The clean lines the Hembury Slimline 5 Se will adorn any room, traditional or contemporary.  Dean Stoves Brochure

The Hembury Se Slimline 5 Se is supplied with a fitted wood burning plate.  This plate enables hot embers to be retained, restricting the air entering the underside of the fire which improves the combustion when burning wood.  When burning solid fuel or a mixture of wood and solid fuel together the plate can be easily removed.

Calculate heat requirement for your room 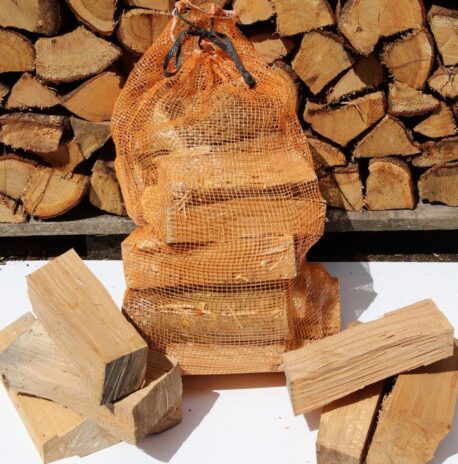 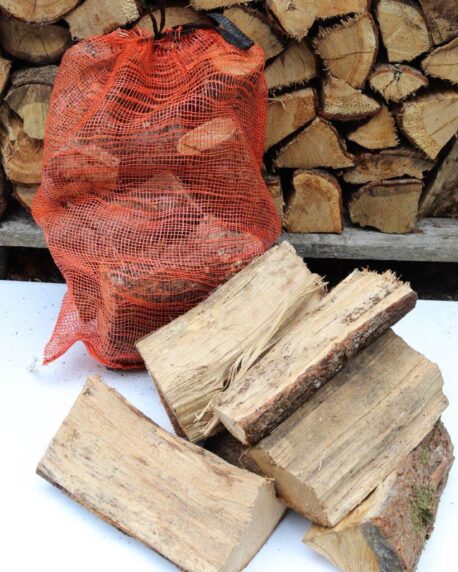 Buy our best quality seasoned split logs for your wood or multi-fuel stove from your local supplier  – Dean Forge Ltd. 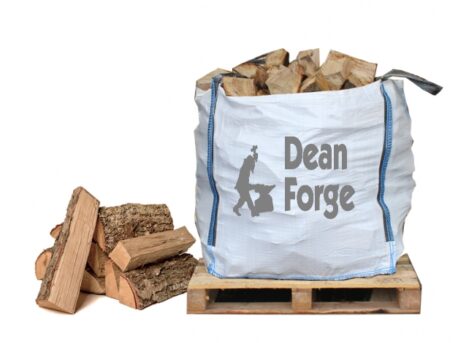 We have a wide selection of wood & fuel available from our showroom  – collect your wood logs or have it delivered. 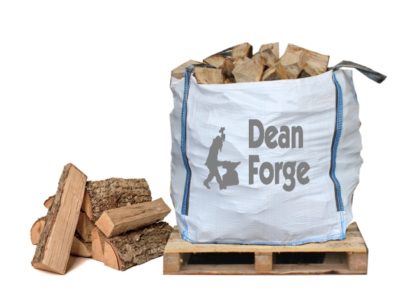 These Fuels are all suitable for burning in Wood & Multi-fuel Stoves, Chimeneas, fire bowls & open fires.  To store your delivery of logs or cut wood beside your home there is a range of attractive Log Stores available

*Kerb side delivery only and within specific postcode zones – please request rates for non-standard delivery as extra fees may apply. 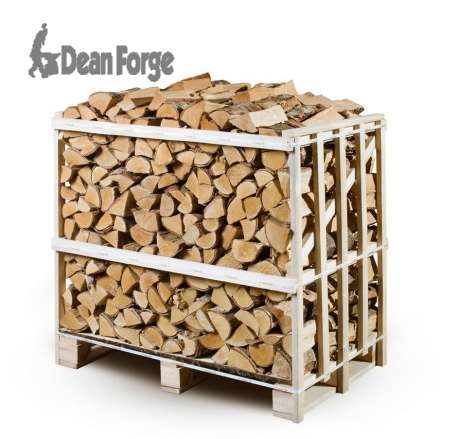 These Fuels are all suitable for burning in Wood & Multi-fuel Stoves, Chimeneas, fire bowls / firepits and open fires.  To store your delivery of logs or cut wood beside your home there is a range of attractive Log Stores available

*Kerb side delivery only and within specific postcode zones – please request rates for non-standard delivery as extra fees may apply. 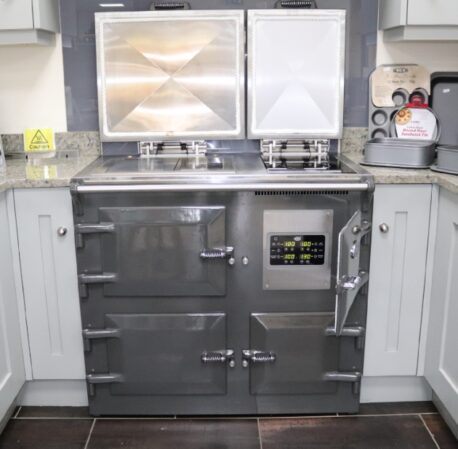 There’s much to love about the beautifully engineered and elegant Everhot Everhot 100i, and this ex-display model, located at our Exeter branch, is finished in popular graphite colour. 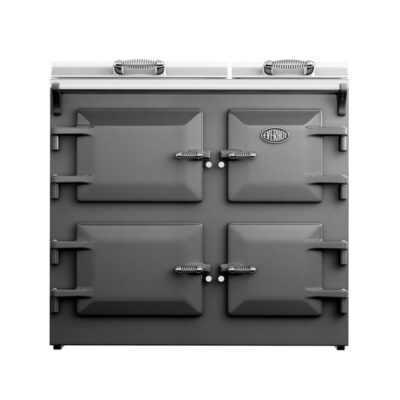 The attractive and balanced four cast iron door configuration conceals one oven for roasting, another for baking/casseroles and the third is a useful plate warming oven. The fourth door reveals the controls. Under the easy-lift lids are cast iron hot and simmer plates which provide ample cooking surfaces, and the integral grill is incredibly useful in the busy kitchen.

The Everhot 100i
The Everhot 100i is equipped with a two zone induction hob, fitted neatly under the second lid. With fingertip controls and incredible speed and control, it is an essential modern addition to your classic range cooker. The warming oven on this model is behind the bottom right door.

The EVERHOT 100i has all the traditional style of a classic range cooker; its four cast iron doors provide a beautifully balanced appliance which forms the centrepiece of any kitchen. Behind the doors lie three ovens, on the left hand side roasting and casserole ovens, whilst behind the third lies a useful plate-warming oven. The final door conceals all the controls necessary to run the cooker.

Background Heat: The EVERHOT is a heat storage range cooker that will provide gentle heat into your kitchen.

Flue free: Because it runs on electricity, the EVERHOT needs no flue. Again, this makes installation easy, and also reduces energy consumption.

Energy saving: With its unique, energy saving design, the EVERHOT has extremely low electricity requirements, so you can simply plug it into a 13amp socket just like an electric kettle. Many owners have praised its ‘miserly consumption’.

Total control: Each oven and heating surface can be independently adjusted to the temperature you require. If a particular cooking area is not needed for long periods, you can switch it off or turn it down without affecting the other areas. The optional induction hob is incredibly efficient and having bought food to the boil incredibly quickly, is very simple to control at a simmer temperature. And on hot summer days, you don’t have to roast in the kitchen. The ECO control is also available to provide enhanced economy and reduced heat output in hot weather.

Grill: The EVERHOT 100 contains a large radiant heat grill in the top oven, this can also be used to rapidly boost oven temperature. Other comparable ranges just don’t provide grills.

Maintenance-free: With a little care and affection, the EVERHOT will perform trouble-free year after year, with no annual servicing requirement (unlike other ranges).

Environmentally friendly:  Additionally, due to the EVERHOT being so energy efficient in it’s running consumption it maintains its status as being a more environmentally friendly choice of cooker. You should consider your EVERHOT to be a lifetime purchase and indeed it will give many decades of use, but if you or a succeeding owner decide that you want to dispose of it we will remove it from your property free of charge and recycle it. 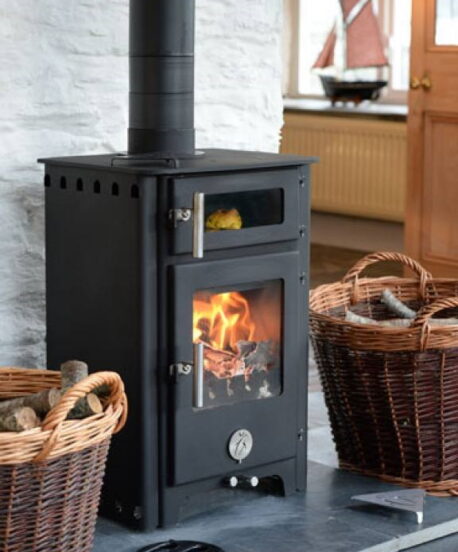 The Fat Penguin will warm you, cook for you and make you a cuppa.  With a 5kw nominal output, Defra Kit included, strong, simple lines, and clear view of the roaring fire, it’s stylish in a black finish.

The Fat Penguin also has a top oven, top plate and side convection panels. The extra width means a bigger top plate so if you are cooking on it you will have more room.

Our extensive range of stoves is constantly being updated in our Exeter and Dean Prior showrooms and stock includes many other leading brands of gas and electric stoves and range cookers.

Showroom offers may vary…phone 01364 643574 or email stoves@deanforge.co.uk to check availability.